I don’t know what it is about Eastern European knitters and crocheters but they put out the most innovative technical stuff.  If you aren’t aware of what they are doing, Duplet Magazine is a great example. The site I link to lets you preview the magazines online before you buy.  I may not be a fan of the aesthetic in this magazine, but the technical level of work is phenomenal. It's my favorite needlework magazine. It just blows away what we publish in the United States.

Why is that?  Seriously! Would love to hear from any Russians, Ukrainians or other Eastern Europeans who can explain what it is about the culture that has preserved so much varied and interesting needlework techniques.

What they are doing with Hairpin Lace in that part of the world is no exception.  One of my favorite YouTube channels is Sheruknittingcom. Lots of great stuff there, including a playlist showing different ways to make a strip. While there are lots of amazing Russian/Ukranian videos on YouTube, most of them aren't in English. What makes the videos on this channel so great is that they've been dubbed in great English and have excellent video quality.

Below is a play-by-play  on one of these videos with some of my thoughts. She is making a hairpin strip with a strong cord down the center.  I’ve included the entire video at the end of this post. 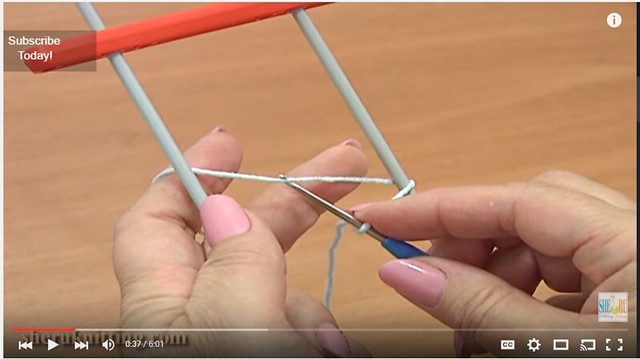 One thing I’ve noticed in Duplet and in the Eastern European videos online is that they start Hairpin strips with what I term as a “Running Start”.  With just a slip knot around the hook, you can start by wrapping the yarn around the loom. 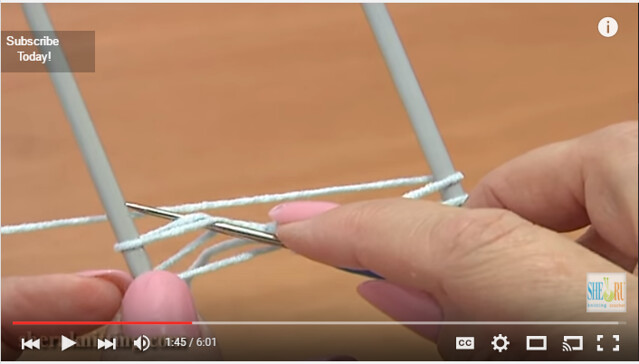 She works the same couple of stitches the same as for the Basic Strip, then changes to work under BOTH strands of each loop once she has her second loop on the working side. 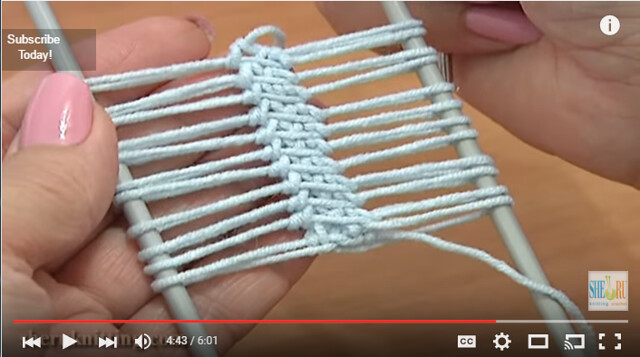 The result of working under both strands of the loop instead of just the front one is a sturdier, more corded appearance to the spine of the strip. 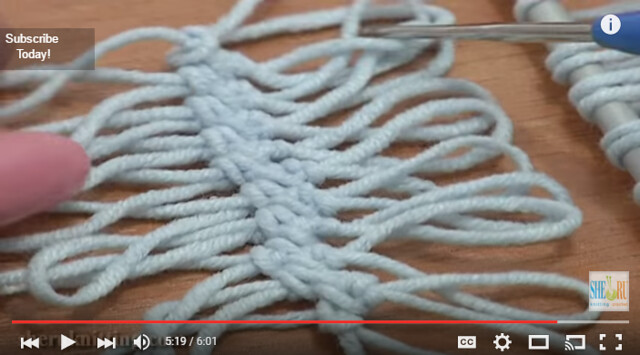 Compare the sturdier corded strip with the appearance of the Basic Strip.

For National Craft Month, look for a tip a day on my blog until the end of the month.